VoIP has become commonplace in recent times, both in business and as a personal communications tool. The benefits are such that it becomes a no-brainer for both individuals and businesses to move to VoIP, principally because of the reductions in long-distance comms costs.

Cordless home systems based on DECT technology, with a core unit attached to the PSTN, and satellite units communicating over wireless had been around for some time before VoIP.  They were similar to VoIP systems but lacked versatility and features in comparison with the later true IP based systems.

Recently, the use of WiFi as a primary network topology, coupled with mobile technology, has become more and more common.

As a result, one of the considerations when planning a VoIP environment is the type of handsets needed. The handset type will depend to a large extent on the network environment and the type of anticipated usage.

It is important to look at the two primary environments in which VoIP Phones operate since that can dictate the type of handset required. These are cabled networks and mobile.

First, though, let’s dispose of DECT systems. DECT systems are proprietary in nature with dedicated handsets, and the question around the best type of handset is academic, since there may not be a choice.   DECT is incorporated in networked VoIP systems with an appropriate connection and configuration, but that is not always possible.  Besides, because of software incompatibilities, they may not work following upgrades to the VoIP software or hardware. Users may also be confused between the different operating environments. 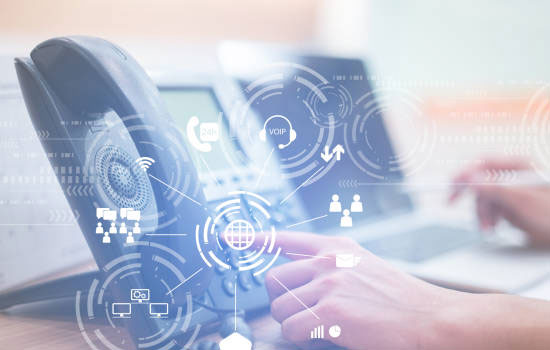 A formal definition of a Hard Phone is a physical device that attaches to the home or corporate network.  It looks like the traditional PSTN analogue phone and has the buttons and handheld receiver we all know and love. A graphic display or touchscreen is becoming a standard.  They can be found on desktops or in a specialized form for a specific workplace purpose, for example, large form ruggedized handsets in a factory-floor environment for users wearing gloves.

While they look like an analogue phone, down to having function buttons like mute, hold or transfer, a hard phone is, in effect a small micro-computer which runs software providing its essential functions.  Network links with the VoIP systems offer the full range of features.

Because they are software-driven, hard phones can offer advanced features like video calling.

A softphone is a smart device that uses a software implementation of a software application on a digital device, perhaps a PC, a smartphone or a tablet.   The software provides all the features and facilities of the hard phone, usually driven by a graphic display looking like that of the hard phone.

It will support voice, and perhaps video.  Some environments, a call centre, for example, will need to support headsets.   If the smart device is a mobile smart device, support for the SIP protocols is necessary.

The features of both hard and softphones are similar, and sometimes the same.  The big difference is that hard phones sit in a fixed position, and softphones can be mobile if supported on a mobile smart device.

That means that the benefits of each need consideration when using them in a VoIP environment. 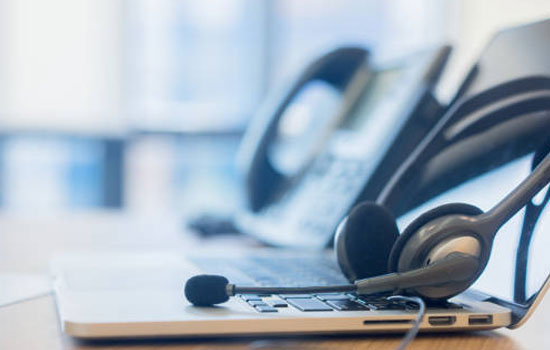 Part of the design of a VoIP environment will be consideration of where handsets are to be situated and the type of handset installed. Let’s consider three examples:

Which is better depends on location and use.  Static hard phones are for staff who are not needing mobility, and for those who prefer the look and feel of a traditional handset. Mobile platforms are better suited to staff who need continuous VoIP connectivity irrespective of wherever they happen to be, inside or outside the office.